Water is the most important thing on the planet, something every living creature needs to survive. However, some people don’t like the taste of water, so if they aren’t drinking enough water, they aren’t getting the proper nutrients and hydration necessary for a healthy life.

Each human is built differently, so the amount of water you should drink per day depends on exercise, environment, overall health, pregnancy, and many other factors. What is universal is that water makes up 50% to 70% of a human’s body weight. 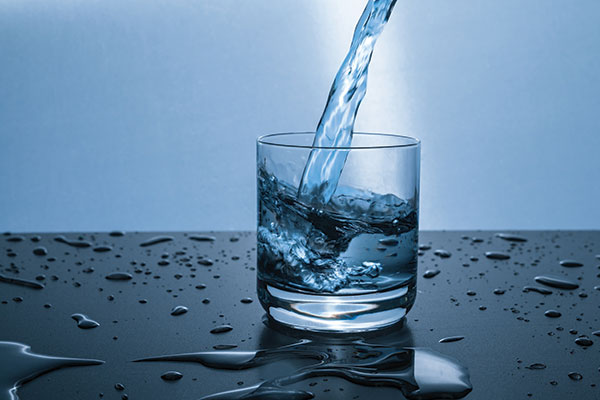 The optimal amount of water to drink per day is about 15.5 cups for men and 11.5 cups for women. But that doesn’t need to just be plain water — you can find water in many other foods and beverages. For those who are looking for something beyond play water, here are some delicious alternatives for a healthy lifestyle.

Tea, like water, has been around for many centuries. Green tea has the added benefits of high nutritional values. It’s very high in phytochemicals found naturally in several foods and contributes to better body functioning.

Green tea helps lower your risk for heart disease and certain cancers, and it has been found to reduce blood pressure and cholesterol, as well as increase blood flow.

Green tea is a form of fresh tea and has a more floral flavor than regular tea. It also is lighter in color and has less caffeine. Too much caffeine increases anxiety, insomnia, high blood pressure, rapid heart rate, and fatigue, among other issues. For those who don’t like water yet crave something natural, green tea is a healthy alternative.

Milk is an iconic symbol of childhood; every mammal can produce and consume milk. It’s an excellent source of calcium, vitamin D, and protein. But when it comes to being the healthiest, skim milk comes out on top. Skim milk contains the same nutrients as regular milk, but it also has extra benefits — it builds and maintains lean muscle, lowers the risk of osteoporosis, strengthens teeth, and boosts weight loss.

However, there are some drawbacks to skim milk. While it has been suggested for managing diabetes, there’s not a big difference in the fasting blood lipids, glucose, or insulin level when consumed.

Even though skim milk is great for weight loss, it’s not result in too much weight loss for people switching over from high-fat milk. One reason is because it doesn’t quell any hunger pangs, leading to overeating and the dreaded weight gain. It also absorbs lower amounts of nutrients than whole milk.

Despite the drawbacks, skim milk is a great choice for those who don’t like water and still want to drink something healthy.

What’s the first thing people drink when they wake up in the morning? It’s coffee, the drink many can’t live without. Sure, coffee has lots of caffeine in it, but there are also some health benefits when it’s decaf. It’s the biggest source of antioxidants in most Western diets, suitable for neutralizing reactive compounds known as free radicals.

It also reduces the risk of type 2 diabetes by up to 7% per cup, reduces death by stroke or heart disease, reduces the risk of rectal cancer by up to 48% for two or more cups, reduces heartburn symptoms, and protects neurons in the brains, which helps prevent the onset of Alzheimer’s and Parkinson’s diseases.

Of course, coffee has its drawbacks, too. When it’s decaf, some functions don’t improve much, such as mood, reaction time, memory, and mental functions. Decaf is also less likely to burn fat and increase metabolism, so it’s not ideal for weight loss.

In women, decaf coffee does not reduce the risk of mild depression and suicidal thoughts, and it may not be as good at lowering the risk of liver cirrhosis or end-stage liver damage.

There’s a pretty good reason why decaf coffee is one of the most popular beverages globally, even with these drawbacks. For those who want to wake up more quickly in the morning, a decaffeinated cup of Joe is a great, healthy alternative to water.

Watermelon is often considered one of the most iconic foods for the 4th of July holiday. Not only is it a great way to quench thirst, due to it being 92% water, but it’s also an excellent source of multiple vitamins. What can be a better water alternative than a fruit that’s not only healthy but also delicious?

It’s even good for hair and skin health! Vitamin C helps fight aging and assists the body in making collagen, making the skin supple and the hair strong.And vitamin A helps with the creation and repair of skin cells — without vitamin A, the skin can look dry and/or flaky. Not only that, but both lycopene and beta-carotene can protect the skin from sunburn, which is a good thing for the 4th of July and any other outdoor summer event.

Despite the word “water” being in the fruit’s name, watermelon is a delicious, healthy, and flavorful fruit filled with powerful antioxidants and plentiful vitamins that significantly improve health and protect hair and skin. When the 4th of July rolls around next time, grab a piece of watermelon. It will not only quench your thirst — it will improve your health as well!

Yes, yes — we know this has the word “water” in it, but fear not! Coconut water has several advantages over plain water. This drink has several nutrients, antioxidant properties, helpful benefits, and helps keep you hydrated, too! Coconut water’s subtly sweet and nutty flavor will hydrate anyone while providing tasty and healthy nutrients, antioxidant properties and benefits.

Coconut water is useful for several things. It has several nutrients like carbs, protein, fiber, vitamin C, calcium, and many others. It also has antioxidant properties to modify free radicals and help prevent diabetes, kidney stones, heart disease, and high blood pressure.

Even when none of these things are a concern, it’s still a refreshing drink, especially after prolonged exercise. In fact, coconut water restores hydration after exercise better than water! Not only that, but it also causes less nausea and stomach discomfort.

Despite the word “water” being in the name, coconut water is an excellent source of hydration with several nutrients, antioxidant properties, and helpful benefits.

Water is an integral part of life; without it, nothing will survive. However, that doesn’t mean everyone likes the taste, and those people need some delicious and healthy alternatives like green tea, skim milk, decaf coffee, watermelon, and coconut water to get their daily hydration.

Fun with Pumpkins: Healthy Recipes That Include Pumpkins