As we age, the primary concern of many people is not the physical aspect of aging. It’s the decline of our mental faculties. We worry that it’ll lead to our inability to perform routine tasks and cope with life.

Illnesses commonly found in the elderly include anxiety, schizophrenia, dementia, bipolar disorder, and depression. The 2020 annual report by the Alzheimer’s Association shows that more than 5 million Americans have the disease.

What’s alarming is the statistic that the condition kills 1 in 3 senior citizens. That’s higher than prostate and breast cancers combined.

While it’s impossible to prevent illnesses, we can take steps to improve our odds. Here are some tips to help us slow down the degeneration of our brain cells.

Research has shown that intellectual activities activate new connections between our neurons. Scientists also believe that the brain will generate fresh cells that can hinder future loss.

There’s no need to perform any specific exercise. Any activity that stimulates the mind helps. Reading and doing word puzzles are great pursuits. Solving math problems is another. Some games that’ll challenge our grey matter include Sudoku and Crosswords. Thinking of creative stuff to do is in itself a productive mental effort. 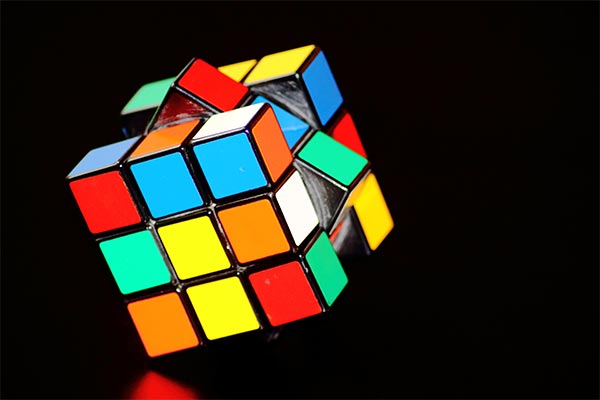 Experts say that pursuing further education gets us into a mentally active habit. Many jobs create the same effect. As we challenge our intellect with mental exercises, communication between brain cells is stimulated.

Taking up a new hobby or mastering a new skill also keeps our minds sharp. We should experiment to find what works for us.

When learning something new, it’s best to bring more senses into play because it helps our brain retain the memory.

This finding was reported in one study where individuals were shown emotionally neutral images. Each of the pictures was accompanied by a smell. They weren’t instructed to remember what they saw. When the same subjects were later presented with a set of odorless visuals, they recalled those that had been earlier paired with scents.

Studies show muscular activity also helps our mind. Exertion also encourages the growth of new nerve cells. The connections between synapses also increase, which leads to more efficient brain function. This result is based on research involving animals, but it does offer positive insights.

What’s known in humans is that physical exercise has many health benefits. Lower blood pressure, improved cholesterol, and reduced mental stress help our heart and intellect. Working out also leads to balanced glucose levels, which is vital as diabetes is a high-risk factor for dementia.

Studies show that meditation can help us lower our blood pressure and cholesterol level. As both factors increase our probability of getting Alzheimer’s disease, keeping them under control is critical.

It doesn’t matter if we recite a mantra of focus on our breathing. The practice of meditating is known to boost our concentration and memory. Quieting our mind also gives our brain a much-needed break.

It’s believed that memory loss is linked to the number of calories we consume. The reasons aren’t definite, but a high body mass index (BMI) during middle age is associated with poor mental function in later years.

Being overweight can cause our blood vessels to narrow. If we have heart complications, we’re likely to have memory issues. Hypertension poses a serious risk to our brain’s health.

Eating well will lower the calorie count. Exercise also helps keep our weight under control. However, be sure to consult a physician before undergoing any new regimen.

Include certain foods in our diet. Fruits, vegetables, fish, and good fats found in olive and canola oils work hard to protect our cerebrum. Antioxidants can neutralize free radicals that destroy our brain neurons.

When faced with a complex problem, instead of getting stressed when trying to solve it, take a nap. When we’re sleeping, our brain rests, and that’s when it processes information effectively.

In one research, subjects were asked to solve a puzzle in a video game. The results showed that those who slept on it were twice as likely to develop the solution.

Getting enough rest at night allows us to wake up fresh and alert. Our ability to focus is enhanced, and we’re able to think better.

Can We Prevent Our Brains from Aging?

Scientists have shown that our cells can regenerate. If we adopt the suggested measures, we can facilitate that process and keep our minds youthful.

In our portal you will find content of various kinds: diseases and treatments, well-being, natural remedies, diets and recipes, psychology, couples, motherhood and lifestyle.


Check out our partners for